In February, we took the month off from our usual format to focus on some of the work that our partners do in the Lansing community and to thank them for their continued support. Chief among them have been Grace Lutheran ELCA and the NorthWest Initiative. We invited Aliza to come talk to us about NWI’s continued work around town – more specifically, the Food Systems Project – and we also asked Pastor Dan to come talk to us as well.

NWI has been with us every step of the way since we set out in the summer of 2013 and they have provided us with a wealth of great projects like the Little Free Libraries and the Food Systems Project. Aliza in particular has been an enormous asset to SoupGrant, not only by competing for a SoupGrant on several occasions, but also making delicious food to share! (Any time you want to make that kale salad again, we won’t say no!)

Grace Lutheran ELCA has been exemplary in seeking to participate in and love the community around them. When we held our first fundraiser in the winter of 2013-2014, one of our goals was to get enough money to give a little back to them for all of their generosity towards us in allowing us to use their kitchen and basement facilities. They refused, insisting that they saw supporting us as a part of their way of giving back to the community. In January, we were upset to hear that one of the refugees housed on their campus had her car damaged during SoupGrant, so we decided it was time to do something to help them out. We raised $130 to go towards the repairs on the vehicle in question; in the event that the money is not needed, we have asked Grace Lutheran to keep it and put it to another good use.

This month we also took some time to talk about our new Lansing Soup on the Move Meetup Group! We are hoping to use this new meetup group as a way to give you more ways to participate in the community, make new friends, and solidify our partnerships with folks around town. Check it out and let us know if you have any ideas for events that you would like to see happen in the future!

Special thanks to Mark from the Lansing Photo Meetup Group/ImageForte for these great photos! All photos are property of Mark Chamberlain. To see the full gallery, click here. 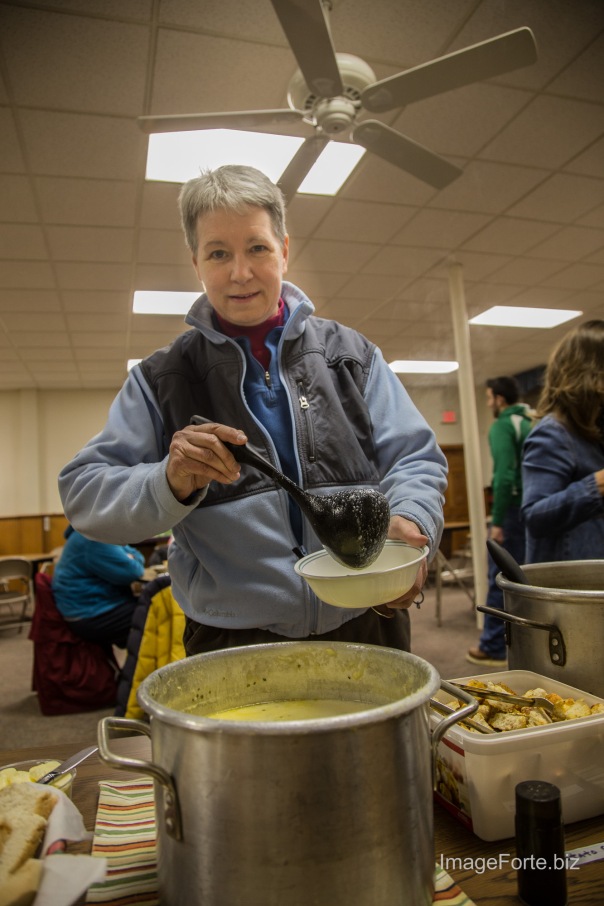